Somewhere along the line, Bill Joyner adopted a personal philosophy that life should be engaged and people should be involved.

He has spent his lifetime absorbing knowledge, sharing information and developing unique communication skills that have earned him a place as one of Livonia’s biggest supporters. He is often the first person people think of when they need ideas for a project or have a question about politics, history or how things work. “Just ask Bill.”

On any given day, you might find him discussing local issues with cronies at a neighborhood diner, regaling a fledgling candidate with political stories over iced tea, organizing a 175th birthday party or old-fashioned corn roast for his hometown or brainstorming fundraising ideas with the head of a community nonprofit.

A graduate of Livonia schools and then Central Michigan University, Bill went on to work as Executive Assistant to Livonia Mayor Ed McNamara. During this time, he co-wrote with David Amerman the federal grant for the Livonia Office of Volunteer Energies, and co-wrote with Alden Sawyer the first grant for EMS services in the City.

As a public relations professional, Bill’s clients included the Michigan Small Business Development Corporation. He was also Assistant to the President of Gale Research and Account Executive on the United States Army Recruiting account at NW Ayer Advertising Agency.

Never one to pass up an opportunity to be in front of an audience, he eventually found himself teaching in the classroom, challenging and engaging students at Wayne State University, the University of Detroit, Cleary University and Oakland County Community College.

Interested in politics from an early age, Bill decided to run for local office and ended up serving three terms on the Wayne County Board of Commissioners. His district included: Plymouth, Canton, Wayne, Van Buren, Sumpter, Belleville and parts of Westland and Northville.

As Executive Vice President of the Michigan Jaycees and Lt. Governor Michigan District Optimist International, he traveled the state of Michigan as an accomplished speaker, visiting more than 200 Michigan cities providing small group facilitation and delivering after dinner speeches.

In 1978, in a ceremony at a meeting of the Livonia City Council, the Livonia Jaycees announced Bill Joyner as Livonia Man of the Year.

In 1989, he created, organized and implemented the Canton Community Foundation, the first community foundation in Western Wayne County. The Foundation raised over $800,000 in five years.

He went on to create, organize and implement the Canton and Plymouth Economic Club’s Speakers Bureau. This program drew an average of 200 attendees, with speakers including Governor John Engler, and then-Attorney General Jennifer Granholm.

In 2005, Bill created the 1835 Livonia City Hall of Fame as a way to honor and memorialize individuals who have contributed to Livonia’s growth and success over the years. 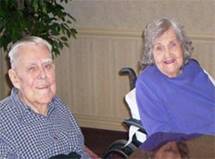 A man of many words, both spoken and written, Bill is known around town as “The Typewriter.” In the Spring of 2009, he launched a weekly publication he called “Friday Musings,” which focuses on “all Livonia, all the time, all ways positive.” Twenty-nine folks received the first edition. Today, Friday Musings comes out three times a week, reaching nearly 4,000 readers from all across the nation—former Livonia residents, folks interested in the success of Livonia, and those who are just plan curious.

As he draws Social Security and enjoys his Medicare benefits, Bill begins every day with a Zingerman’s bagel, iced green tea, a good spy novel and every internet newspaper he can log onto without paying. “All I want to do is cut and fertilize my lawn, leaving my plot of land just a little bit better than when I arrived.”

But most and best of all, Bill is the proud son of Richard and Geraldine Joyner of Livonia fame, brother of Dr. Bob Joyner of San Antonio fame, and dad of Paul Joyner of Denver fame. No matter who or what Bill Joyner is or was or will be, there can be no doubt that the work and legacy of his mom, Geraldine Jo Wood Joyner, Patterson, California, and dad, Richard Audrey Joyner, Farmville North Carolina, will continue to drive and motivate him throughout his life.